The Planet Eclipse Etek 4 LT is probably one of the best guns for the money’s worth.

Available in two versions of different body material, this gun boasts of a number of features including a 4 piece shaft barrel, a unibody construction, an angular swivel, an offset feed, among many others.

This is the fourth generation of the infamous mid-range paintball gun series from Planet Eclipse, the Etek series.

It delivers great performance as well and is designed to provide a great experience.

About the Planet Eclipse Etek 4 LT

Planet Eclipse is a well-established and reputed brand which manufactures paintball marker guns. The manufacturer is well-known in both high end and midrange markers and has provided a number of quality products over the years.

The superb quality and the performance of the Etek 4 LT is something that is expected from the company and the gun proves to blow all competition out of the water.

Although a mid-range product, this marker offers several of the features offered in the higher end models provided by Planet Eclipse, namely the Ego and the Geo series. Planet Eclipse has greatly blurred the line between mid and high end products with the Etek 4 LT.

One of the prime features of the Etek 4 is the incredible SL3 regulator which is also featured on both the Ego and the Geo product series.

This regulator enables the use of different types of tanks for the gun, ranging from low pressure to high pressure, without the need of any adjustments being made. The regulator is sturdy and allows for incredibly high performance and convenience when shooting.

The regulator also serves the function of depressurizing the marking gun once the tank has been removed. This eliminates the need of having to fire the gun without a tank in order to remove the excess pressure trapped inside the device.

A second eye-catching feature of the Etek 4 is its cure bolt which is also a part of the Ego series.

The body of the marker features a contoured cut which allows the bolt to perfectly blend with the body. This bolt ensures that even fragile paintballs do not get damaged in the feed or the stack of the marker.

The cure bolt can also be upgraded to deliver even better performance. This brilliant design makes sure that no paint is clipped inside the marker paintball gun and it improves the longevity of the marker device.

The neck of the feeding shaft is designed at a swiveled angle as with the Geo series from Planet Eclipse.

This ingenious design feature allows the paint to slide towards the breach of the marker rather than bouncing back. This is a new feature to be introduced which greatly prevents clogging and results in a chipping of paint.

The improvement in design increases the longevity of the marker. It is actually quite a simple concept which has been brilliantly implemented by Planet Eclipse.

The ram of the marker features the proprietary Zick2 rammer kit.

This ram, along with the cure bolt vastly improves the performance of the marker. This rammer is a much better upgrade to the earlier featured rammers in both the Ego and the Etek models. The Zick2 reduces vibrations and kickbacks in the gun as it is a much lighter rammer.

It also proves to prevent the occurrence of paint breaks inside the marker and also improves the efficiency of the air slightly.

The barrel of the marker consists of a 14 inch shaft with a two piece barrel. The barrel features a construction which is reverse threaded. This allows for greater consistency of use and also greater efficiency.

The Etek 4 marker is a sturdy, durable and consistent product with a high quality frame and great reliability. The Etek 4 LT features a composite frame body and is quite easy to maintain.

This marker paintball gun delivers outstanding performance and offers a plethora of features, most of which could be earlier only found in the higher end models.

This paintball marker is reliable and quite durable. It is also incredibly easy to use and it even rivals some of the high end markers available in the market today. 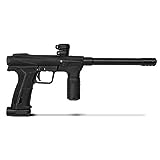 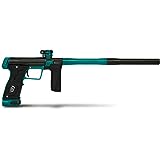 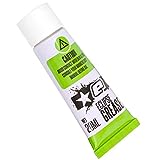